Hello everyone,
Well that was a strange year wasn't it ?, we certainly won't forget 2020.
This thread What about the corona virus? in the members only section has attracted a huge amount of posts over the year, why not pop in and add your comments to this moment of history.

You may have read that Jim is taking a sabbatical from the newsletter and I'm back in the editors chair. It's been almost 4 years since I last made the newsletter and I have never used the current format so expect some mistakes. I'm going to play around with it a little and hope you like what I'm doing, and don't forget our members are welcome to give feedback (good or bad) Here

A big thank you to Jim for all his past work, enjoy your sabbatical mate.

Ok let's get on with the show, I hope you enjoy my first newsletter. And I'll take this opportunity to wish you and your families a very happy and healthy New Year.

New threads on the psoriasis boards

Can I have Covid vaccine with my psoriasis treatment

There are two types of vaccine. "Live (attenuated vaccine)" and "Dead (inactivated vaccine") currently 4 Live and 19 Dead are in the running. 0 Live and 5 Dead are in human trials, the 5 Dead vaccines are being ..........
Read the full post and members comments Here

Hi everyone, my name is Charles. I have psoriasis since teenage in 1984 (after a serie of strep throat) and as most of us i went throught all kind of treatment from coaltar, steroid, UV, neotigason (30 years)....and luckily I was ..........
Read the full post and members comments Here

Now covid vaccines are starting to appear we have a new poll asking if you would be happy taking the vaccine. The poll is open to members and guests, our members can also leave a comment if they wish. ..........
Read the full post and members comments Here

Tremfya for psoriatic arthritis by Fred: .......... Read the update Here

Welcome to our new members....

Welcome to music with KatT. Where you can test your music knowledge and see/listen to other member's recommendations

Which group was once known as? (multiple choice)

#2: Roundabout #B: The Human League


Members recommendations: Each month I ask our members to come up with a music recommendation on a theme. This month it's Family.

jiml suggested: Slipping Through My Fingers by ABBA

Caroline suggested: He Ain`t Heavy, He`s My Brother by The Hollies

Kat suggested: My Front Porch Looking In by Lonestar

JohnB suggested: Bring Your Daughter ...To The Slaughter by Iron Maiden

Well I don’t know about you lot, but I’m absolutely stuffed from all the festive munchies and associated junk food. And what’s the best thing to cure all that stuffed feeling I hear you ask? Its obvious - a right good curry. Now I have to own up here I have tried to make a few curries from scratch and its safe to say its a good job there are takeaways – they are something I will have to practice. This recipe however was one of those that did work for me. It is fussy but well worth it.

There are quite a few ingredients (it should serve around 6) so here goes get your camouflage gear on and hunt down the following:

Gently warm some milk up in a pan and add the saffron leaving on the heat for a few minutes. Set aside for a couple of hours or overnight if you can.

Roughly chop a couple of onions and blitz up with the ginger, chilies, garlic and 50ml of water in a blender to a smooth paste.
Toast the cumin, coriander, cloves and cardamom in a hot dry frying pan for a few moments to get the flavours pumping. Pulverise all these spices along the cinnamon, 1½ tsp salt to a fine powder in a pestle and mortar. Tip this into the onion paste with a good grind of pepper and mix well.

Trim the beef into bite sized chunks and fry a few at a time in a very hot pan to brown. Don’t throw it all in at once or the meat will stew rather than brown and chances are it will end up tough. Season each batch with a little of the salt and a good grind of black pepper. Transfer the cooked beef into a large lidded sauce pan. Don't clean the pan when you have finished all that stuff in the pan is flavour just add the onion paste into the pan over a medium heat and cook, stirring until the onions are lightly browned.

When they are onion mush is there put in the pan over a medium heat and combine nicely with the beef for around 10 minutes. Mix in the yoghurt, the rest of the water and the bay leaves. Reduce the heat and bring to a low simmer. Cover and simmer for a good 1½ hours stirring occasionally, until the beef is tender. Uncover, add the sugar, increase the heat a bit to a healthy simmer, and cook further for around 10 minutes until the sauce is reduced and nice and thick.

Now down to the garnishes. Toast the flaked almonds in a dry frying pan for a few moments over a medium hat for a few moments – just don’t burn them! Add the sultanas give a quick stir and tip into a bowl to cool.

Thinly slice the remaining two onions frying them off until they are a nice golden brown colour in a couple of tablespoons of the oil. Put to one side for later once done.

Hard boil the eggs for nine minutes then plunge them into iced water to stop them from cooking further and prevent that nasty black/grey layer between the yolk and white from forming.

Rinse the basmati rice in a copious amount of cold water to wash the excess starch off it. Then bring a large half full pan of water with a teaspoon of salt, throw in the rice and boil for five minutes. Drain the rice well and stir in the chopped fresh coriander.

Spoon half the beef mix into an ovenproof casserole dish, then half the rice. Scatter over half the fried onions, drizzle half the saffron milk concoction. Repeat the layering finishing off with several dots of butter. Cover tightly with a couple of sheets of aluminium foil, sealing tightly. Pop into an over preheated to 180ºC/350ºF/Gas 4. For around a half an hour.

Remove the foil fluff the rice with a fork and scatter the almond – sultana mix over along with the hardboiled eggs that have been quartered and a good bunch of chopped fresh coriander leaves.

Oh boy that looks god enough to eat!
Right to serve place the casserole dish in the middle of the table and let everyone help themselves. Provide several nice thick ,warm, buttery Naan breads to scoop up the biryani. Who needs a fork?

Accompany with – it only be beer. A nice cold Cobra or even a St Austells Proper Job would help wash the dish down nicely.

To read more recipes or add your own Click here

Psoriasis Club has no income and we do not pay to advertise, as a result it can sometimes be difficult for us to get found on search engines. This in turn unfortunately means there could be people out there not finding us.

But the good news is that you can help us simply by giving us a shout out on your favourite social media. By sharing a link to one of our threads or psoriasisclub.org you will be helping people find us.

We will never ask you for money, but if you could point people to our website occasionally we would be very grateful.

*Do not post on other websites without permission, that is spamming and you will only get yourself a bad name.

Someone has been taking pins from the notice board. Every time we add a new notice we have to use a new pin, I don't know what you are doing with them but can you please stop taking ours and buy a box of your own.

Refurbishment of the bar:

The Psoriasis Club bar will be closed from 04 January whilst the workers are in giving it a full refurbishment. Wooley is in charge of the choice of walppaper, so don't blame me if it's a bit "Laura Ashley" All going well we should reopen by the 15th.

This month we have belly dancing lessons. Two instructors available and you can join the group you feel most comfortable with. Group A is run by Caroline. Group B is run by Dave. Caroline's class is almost full, but there are still plenty of spaces for Dave's.

See you all next month

First Of Last
Raxyl with J

Where's Herbert
Raxyl with C4
And
Kat with C3

*Subscribed members get an early view of the newsletter before any edits are made. If you would like to be notified via email when a new version is added see Here.

*Please remember no posts and no log-in for 12 months, your account will be deleted. For more information about this policy See Here!

Want an email for next release ? 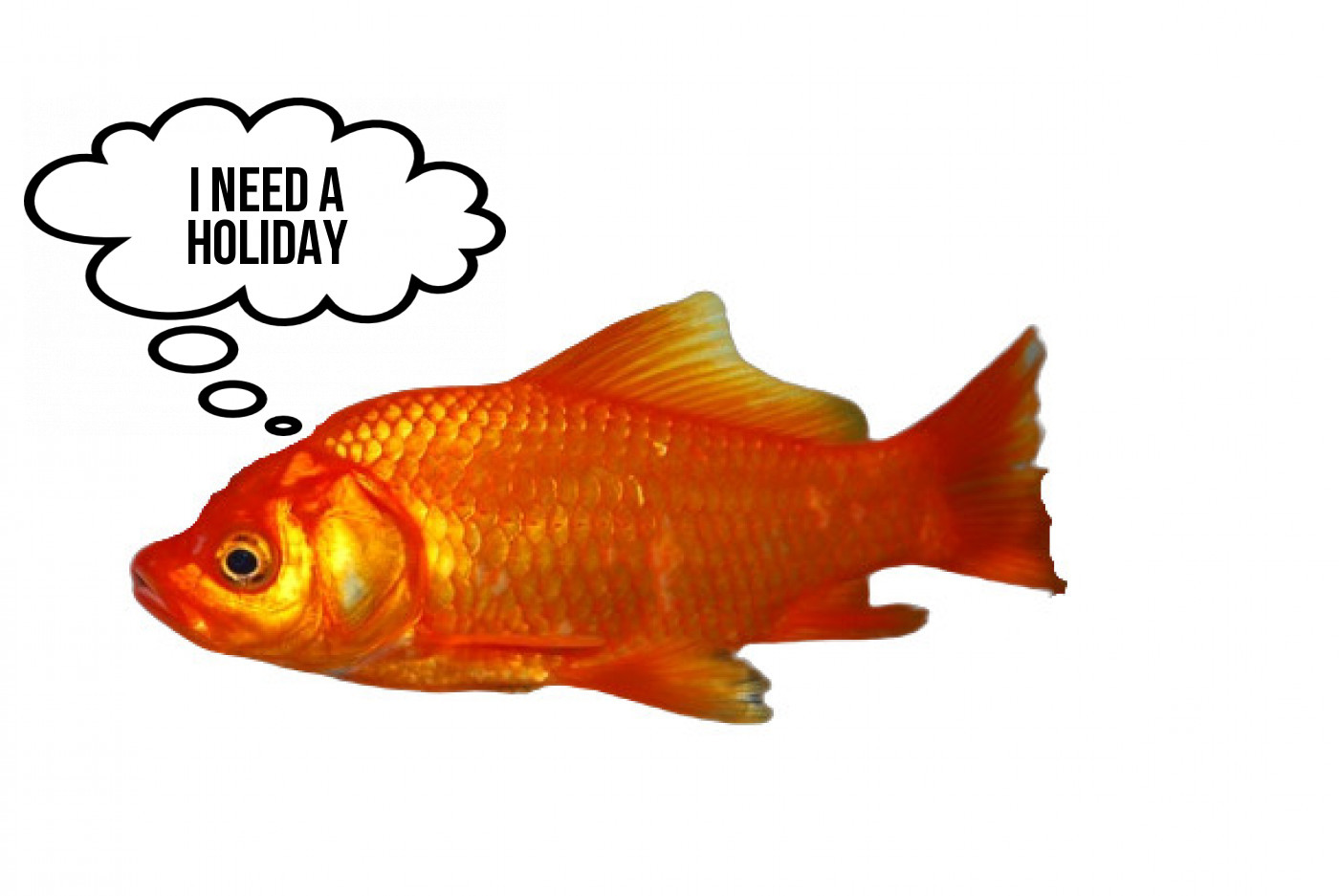 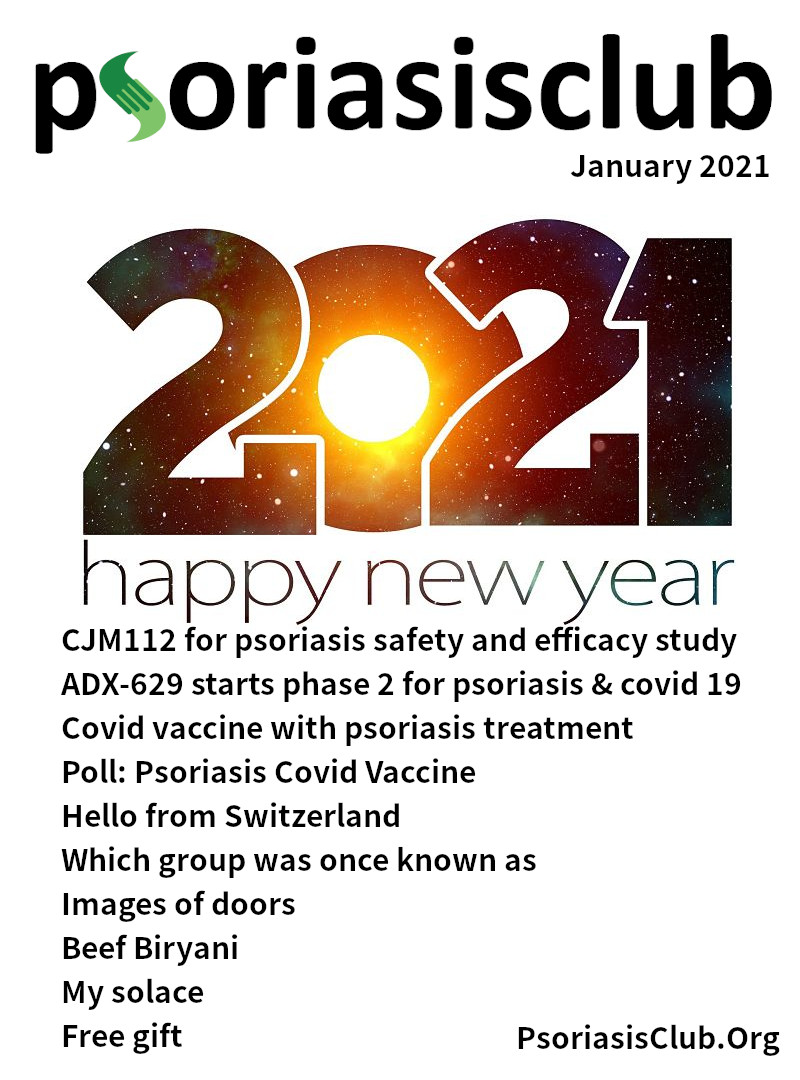 We have a very active Off Topic Board and here we share five snippets with our lurkers.

Does she do it while riding the motorcycle
Read more here

I'll bring a broom, since I usually get stuck
Read more here

To name a few good things in 2020
Read more here

*You will need to be a member and log-in to read these.

To read more poems or add your own Click Here

Each month I invite our members to have an image on the newsletter.

This months subject is Doors 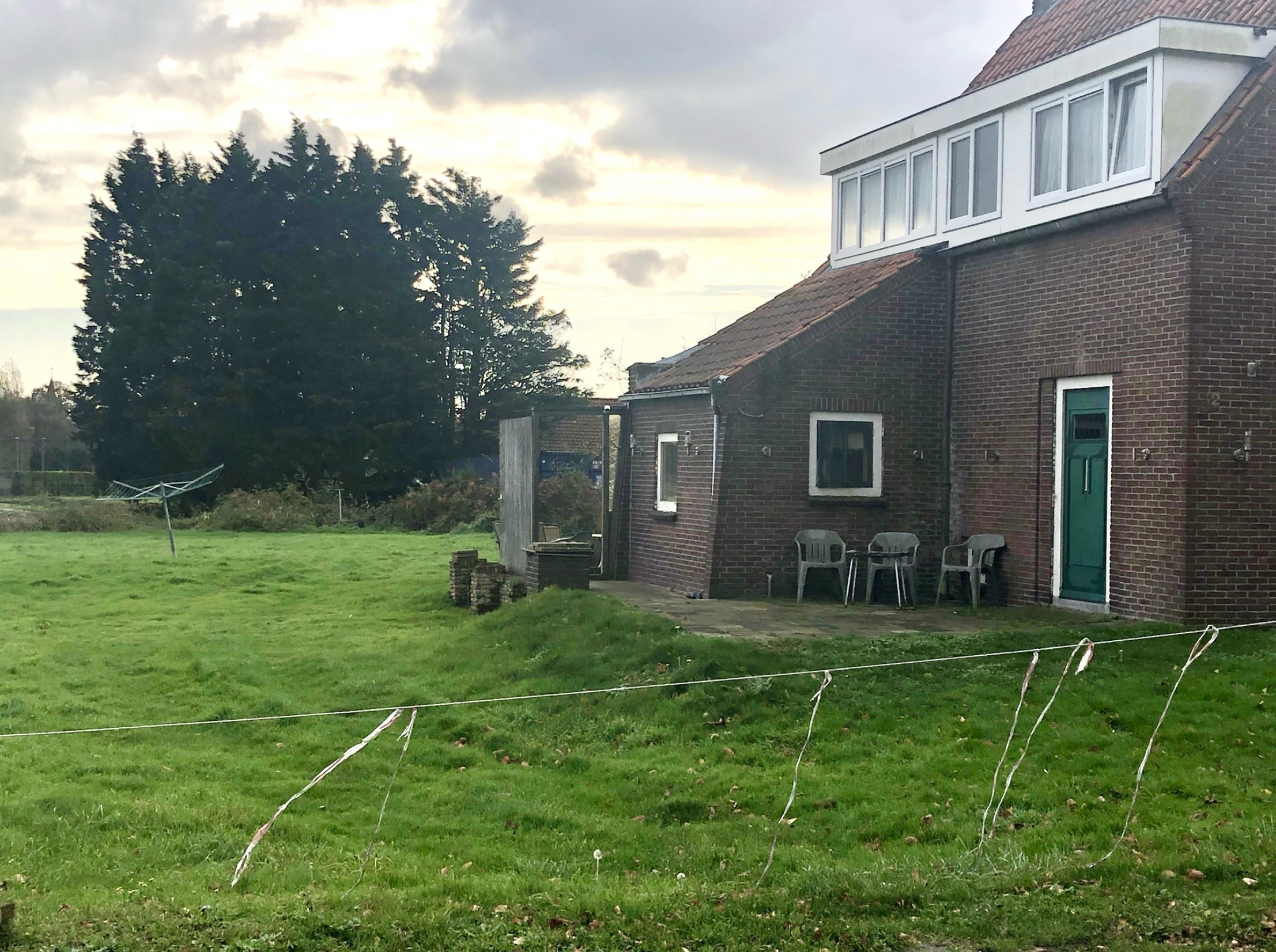 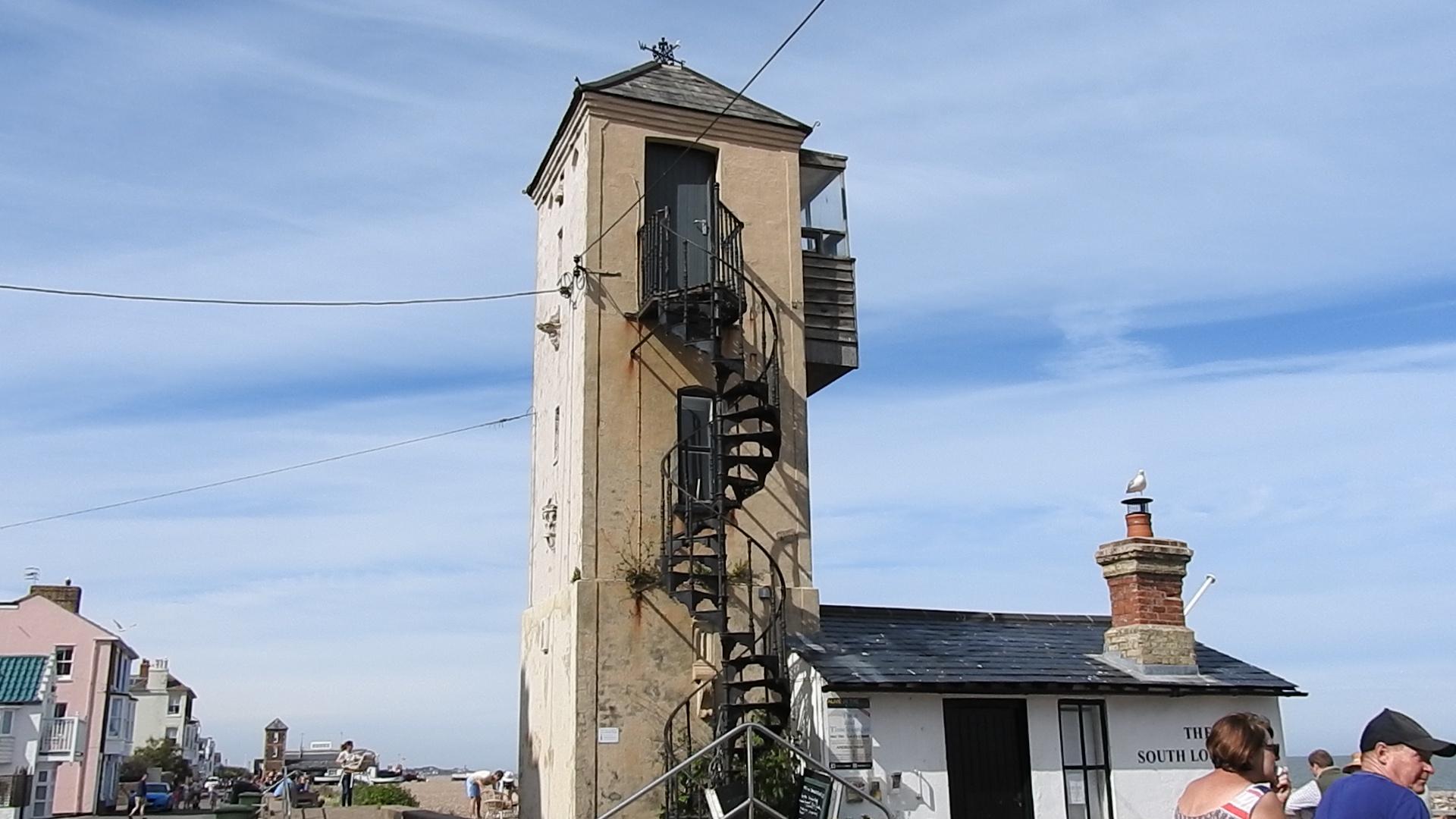 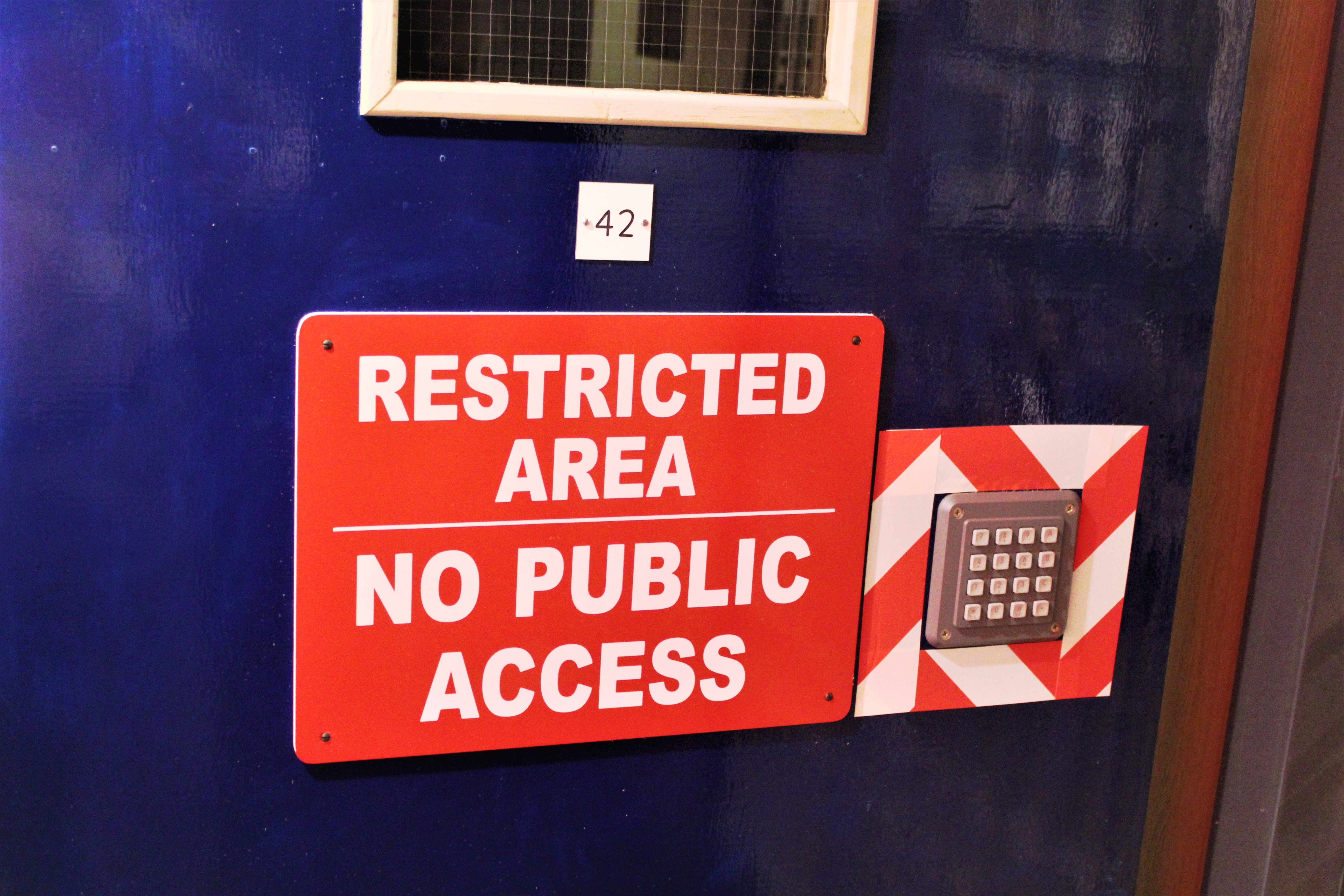 D Foster Keep out . My G and T store 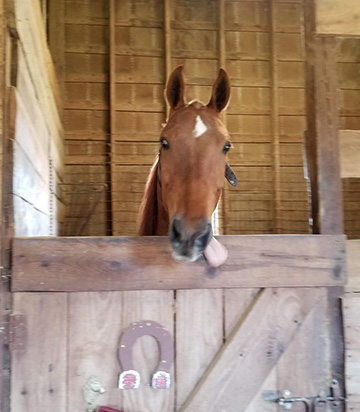 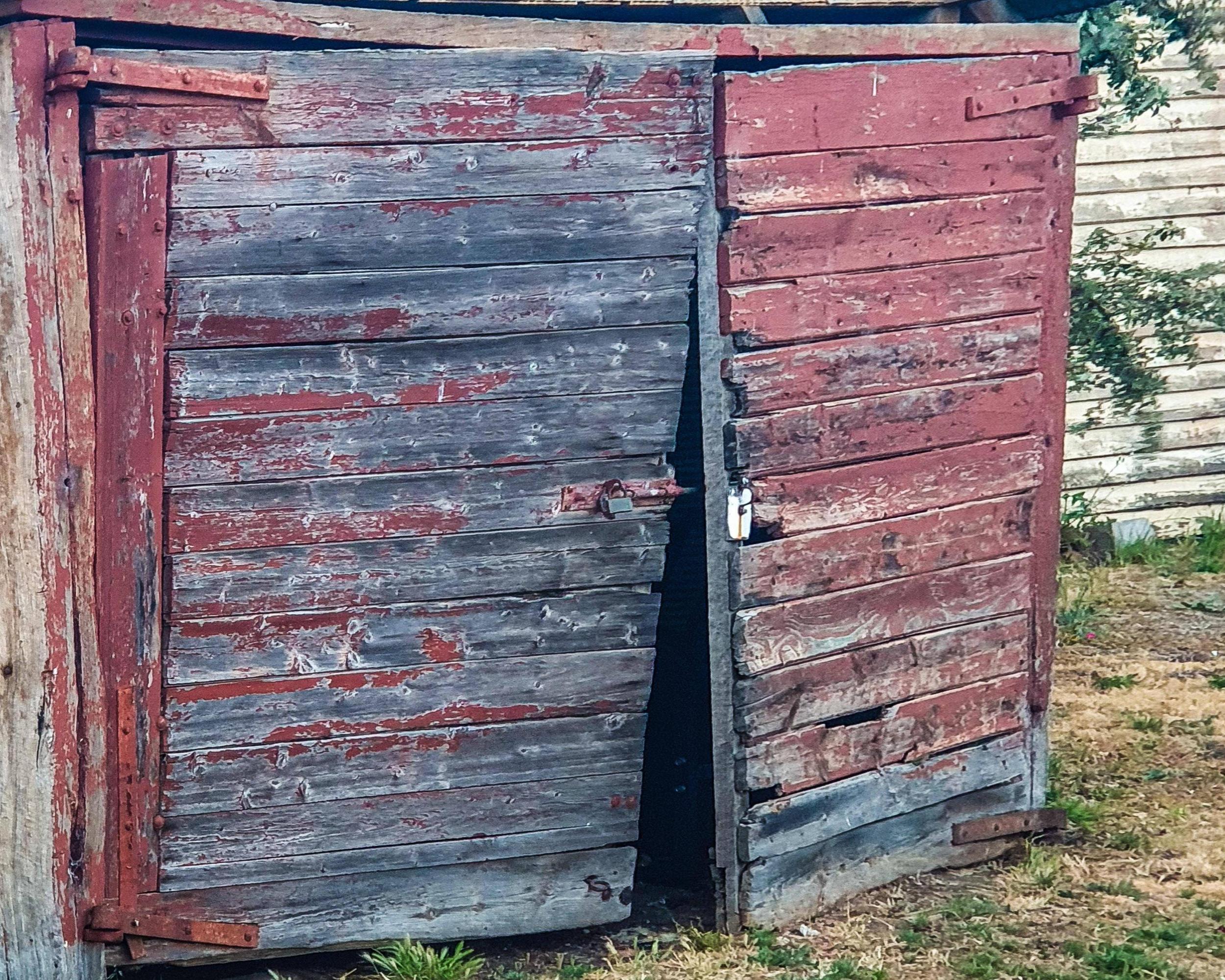 Raxyl What's in the shed 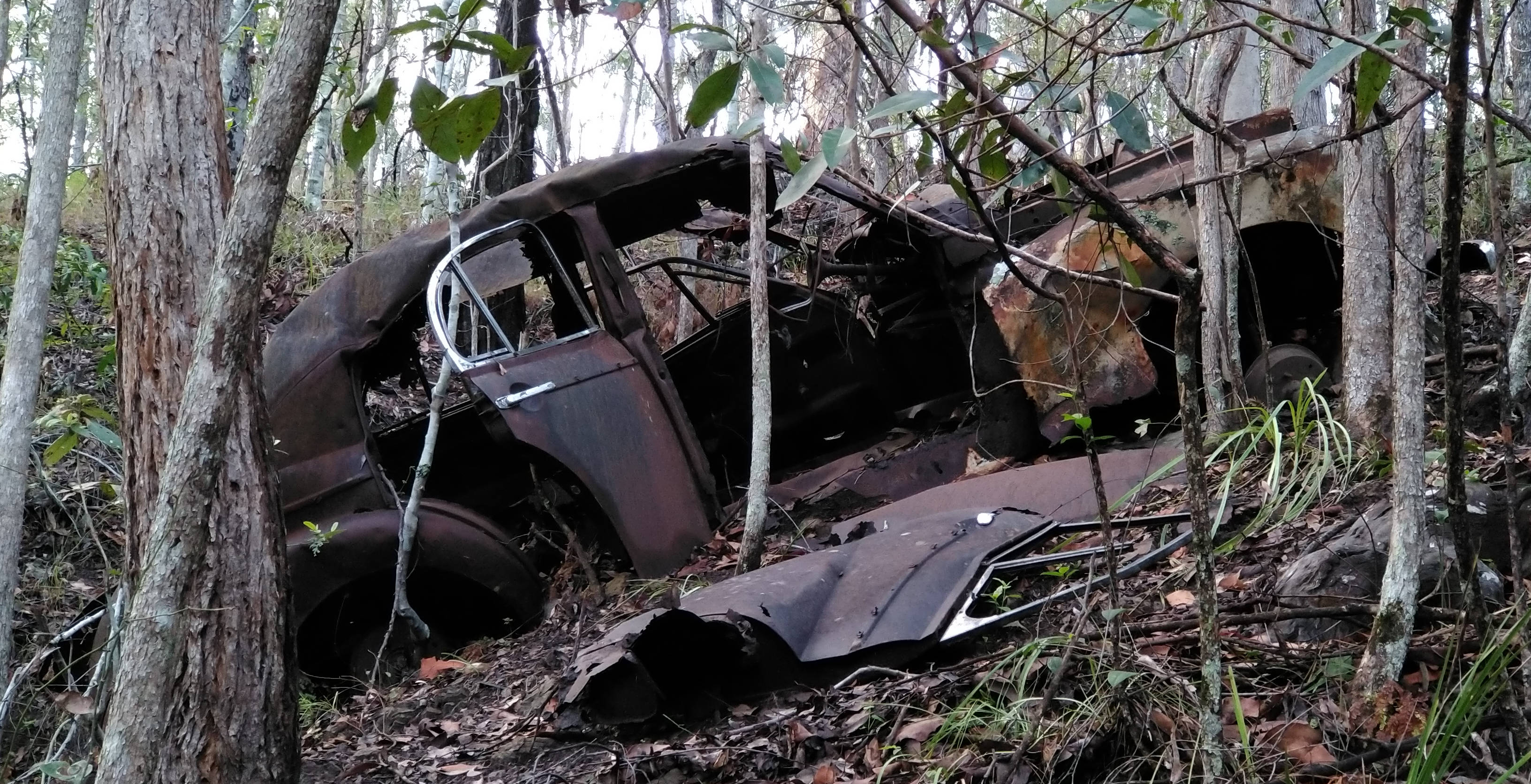 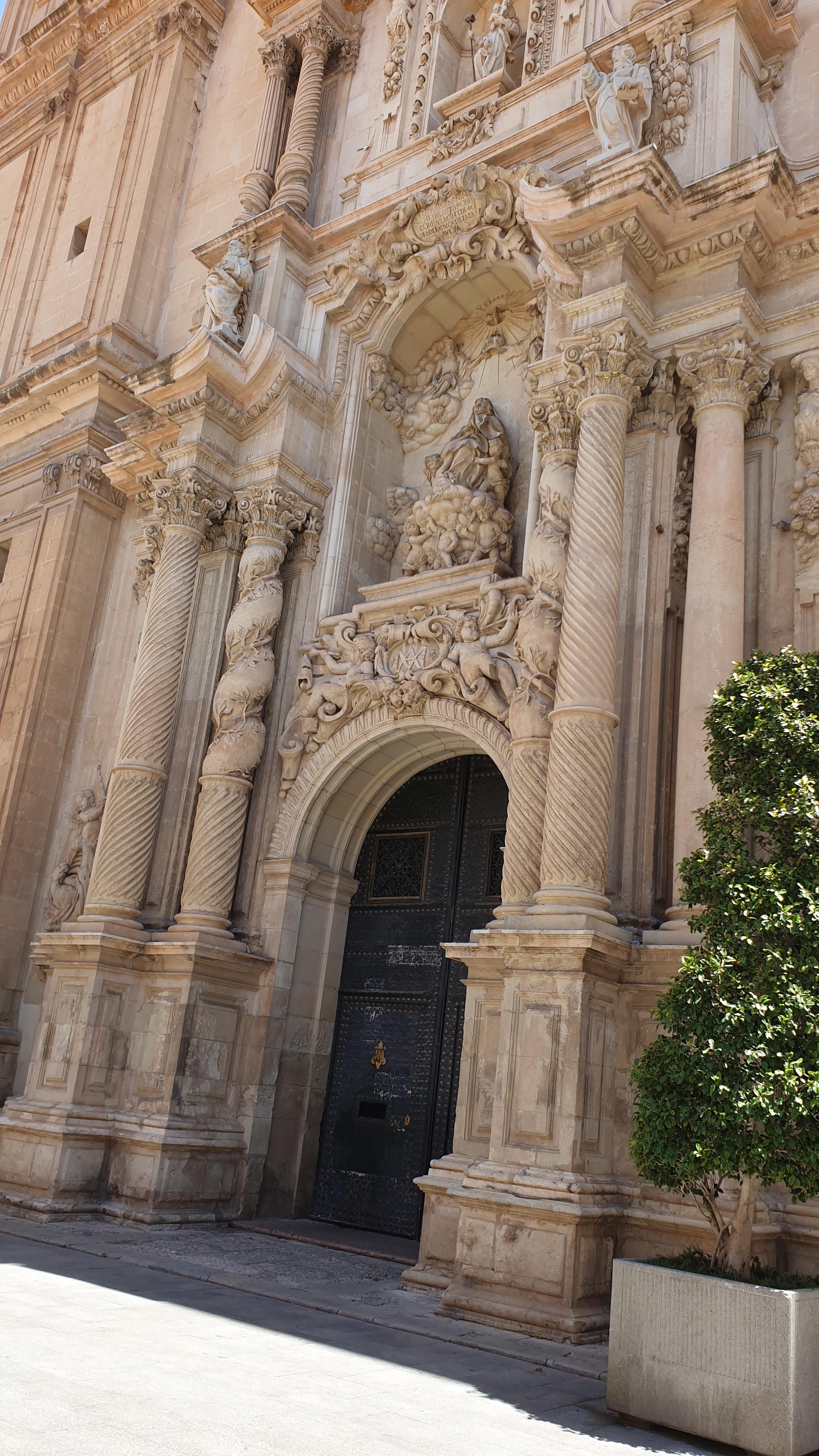 wolleyb Doorway of a beautiful church in Elche, Alicante 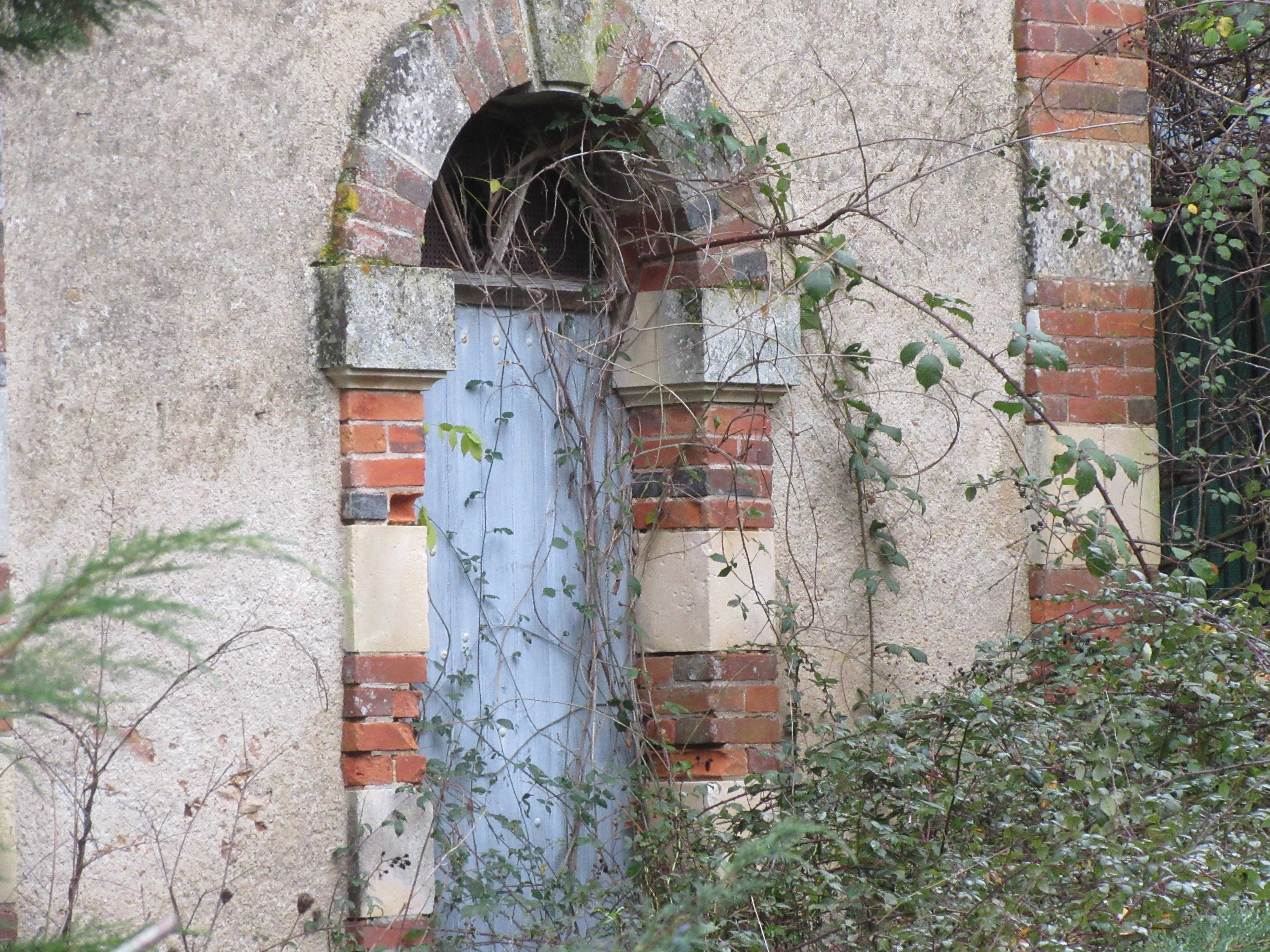 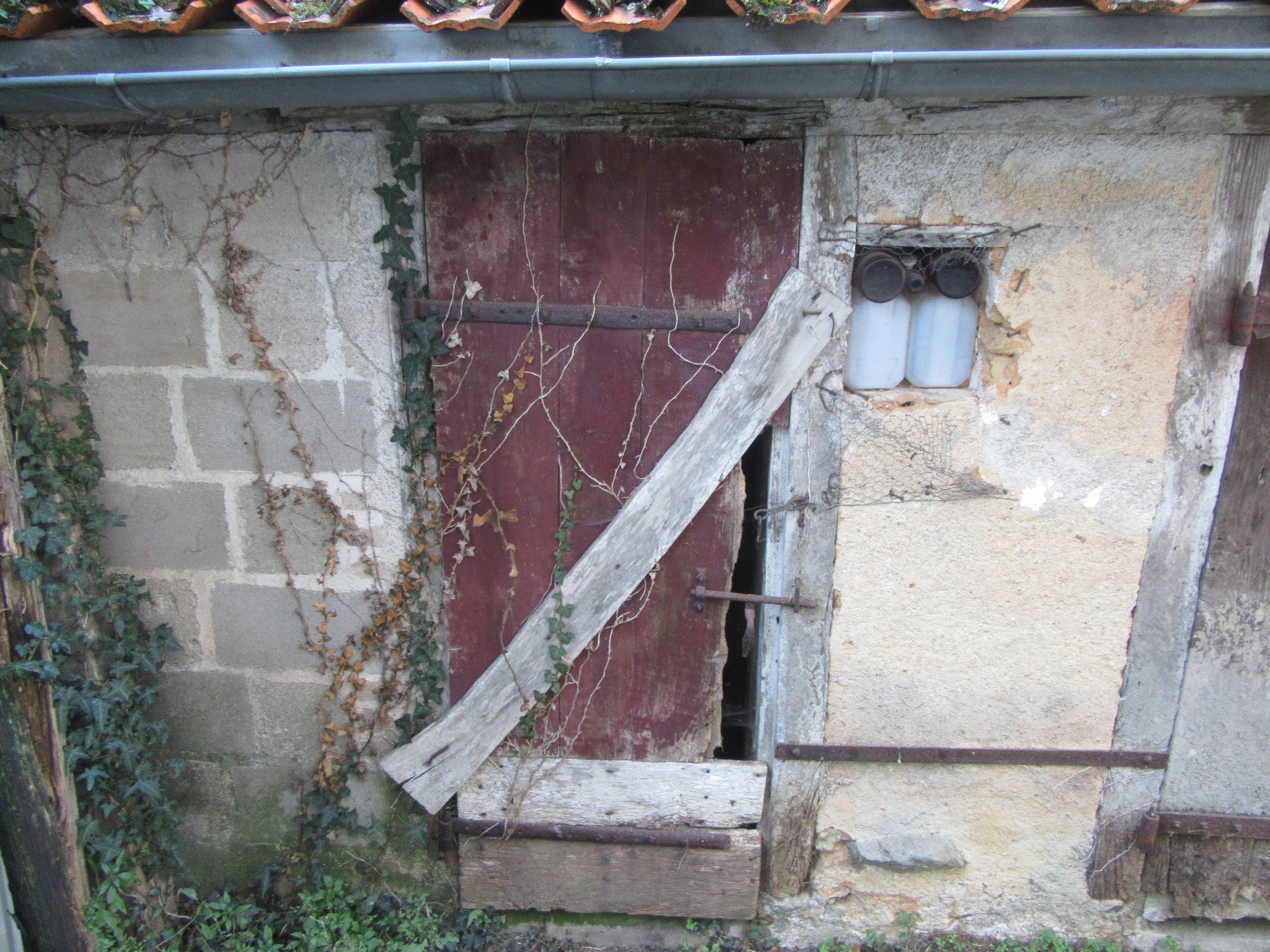 * All images are property of the member mentioned below the image.

See how to include yours next month Here

Psoriasis Club is self funded, we don't rely on sponsorship or donations. We offer a safe friendly forum and are proactive against spammers, trolls, and cyberbullying. Join us here!

Handy for the new year